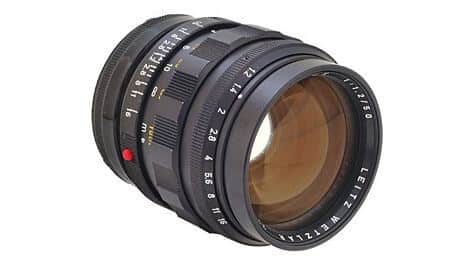 Remember when a nifty fifty was a cheap lens? Well, not any more: Leica is rumored to be resurrecting the highly sought after Leica Noctilux M 50mm f/1.2 vintage lens – and it will carry a price tag of $10,000.

While you could buy every single lens on our list of best 50mm lenses for that price,  believe it or not $10,000 is actually cheap for this lens (and probably won’t make you bat an eyelid if you have enough cash for one of the best Leica cameras).

A Leica Noctilux M 50mm f/1.2 famously went on sale for $19,990 at B&H a few years ago, and copies are currently selling for as much as $39,500 on eBay. So in that context, the price tag doesn’t seem that ridiculous (okay, it’s still ridiculous, just less ridiculous than those other price tags).

According to the new report by Leica Rumors, the Leica Noctilux M 50mm f/1.2 Heritage lens will be a very limited edition release, with only 100 pieces being produced worldwide. In addition, they will only be available in silver chrome (perhaps to differentiate them from the original black lens) with shipping expected to begin in early 2021.

Of course, the big question is just why is this lens so darned expensive? Certainly it has a lot to do with it being a Leica optic, but it goes a bit beyond the standard Red Dot Effect™.

The Leica Noctilux M 50mm f/1.2 has achieved near mythical status among Leica shooters. First released in 1966, it was discontinued less than a decade later in large part due to its tricky design featuring two aspherical surfaces.

According to Camera Quest, only 1,800 or so lenses were produced – and to this day it is the only f/1.2 M lens made by the manufacturer – resulting in it being highly soughtafter among Leica shooters.